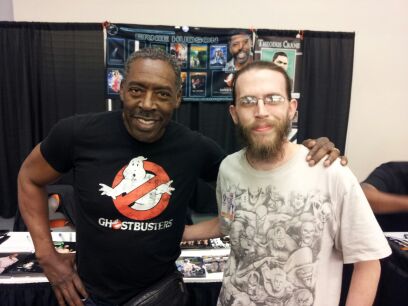 Last weekend (April 20-21, 2013)  I attended the 1st Awesome Con, a comic book/pop culture convention, in Washington D.C.  While there I had a chance to interview the event coordinator Ben Penrod and writer/artist Dan Nokes. Before we get to the interviews and as this is primarily a history oriented comic blog, let us delve (ever so shallowly) into the history of comic-fandom and comic conventions.


One of the guiding hands behind modern day comic-fandom as we know it was a man named Jerry Bails who along with Shel Dorf (founder of the San Diego Comic Con) took over a small comic oriented convention in 1964 in Detroit. They re-christened the event as the Detroit Triple-Fan Fair (comics, movies and science fiction literature), and it ran from 1965-1978. Jerry Bails was serious about comics, not just as entertainment, but as a subject worthy of academic exploration.  Mr. Bails also founded a tiny little fan magazine (or fanzine if you prefer) called Alter Ego. The magazine (which continues today) was eventually taken over by a fellow named Roy Thomas. 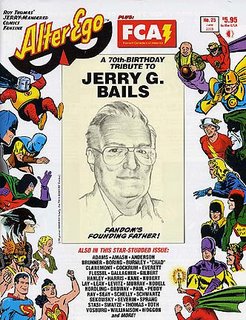 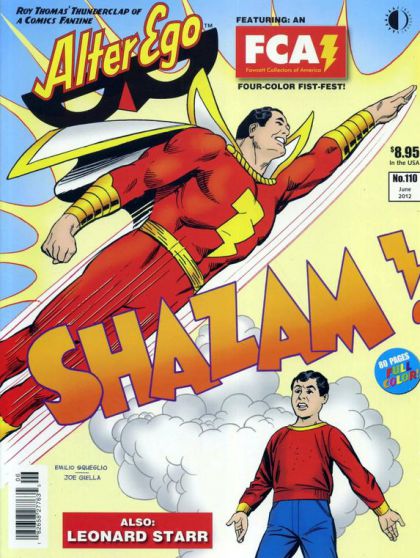 Some of you might say wait…I know that name!! Well you damned well should (insert smiley face here) Roy Thomas was the man who took Robert E. Howard’s pulp hero Conan The Barbarian and made the character and the “sword and sorcery” genre a mainstay of the Marvel Comics lineup during the Bronze Age (1970-1979.) Alter Ego magazine is a storehouse of information for comic lovers and if you enjoy comic history, I highly recommend you check it out. 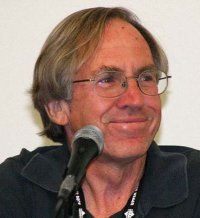 So…back to the conventions. The San Diego Comic Con is easily the most well-known, but nearly every major city (and many small ones) have had long running comic conventions as well…except for D.C. Past conventions have been outside the city in Maryland or Virginia, Awesome Con (to the best of this writers knowledge) is the first in at least a decade to actually take place within the confines of the city. 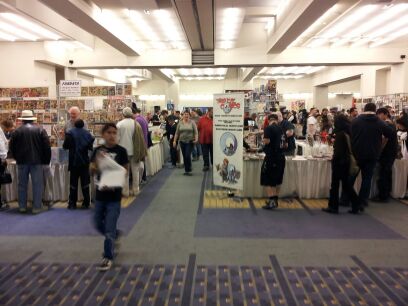 Sounds Better: Why did you choose D.C. as your sight for this convention? Why not outside the city as others have done before?


Ben Penrod: This is an underserved comic community, and we wanted to bring it here for just that reason.


SB: You started this with Third Eye Comics in Annapolis, Md. Correct?


SB: This is a first year Con, how many vendors/exhibitors were you able to bring in?


BP: We have around 120 vendors including our guests. We could have easily added more, as we sold out well before we even announced the Con.[1]


SB: That is impressive! What I have been hearing from those in attendance: safe, clean, well-organized and inexpensive. Your take?


BP: Really? That is great to hear! As far as we are concerned this went better than expected, and with a great turnout!


SB: This will be an ongoing event, when will next year’s Con be taking place?


SB: Thank you Ben! So mark your calendars boys and girls, and support your local Con(s), your participation is what keeps these events coming back!


Now if you have never attended a comic convention, you might ask, what is there to do?  Why should I go? Will there be scantily clad women dressed up as my favorite cartoon/comic/movie character? In order, many things to do (buy comics, play games, meet celebrities, meet artists, make new friends, et. al.), much fun to be had at a reasonable price, and erm…yes! The costumed patrons of comic conventions (cosplayers) are a dedicated bunch. Many spend hours upon hours making their costumes from scratch, and are for the most part a genial lot, willing to take pictures, and adding to the festive air. Costumed freaks? No, just costumed geeks out for a bit of fun.

The Lads and Lasses of Awesome Con 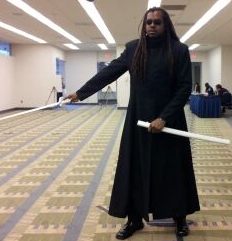 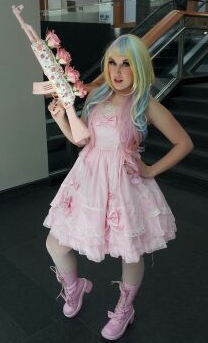 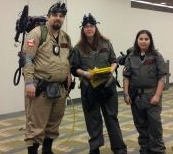 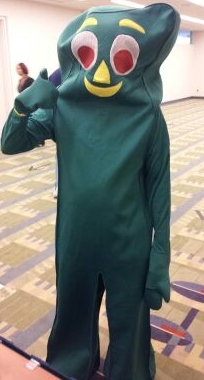 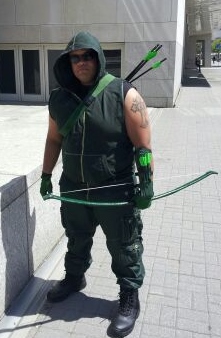 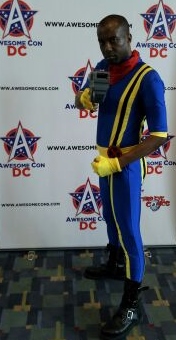 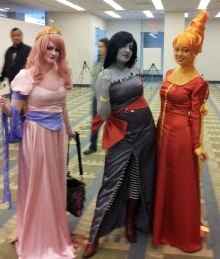 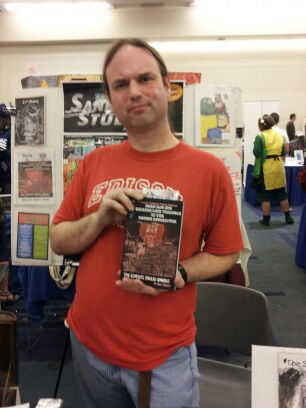 
Sounds Better: Dan, welcome and thank you for taking the time to talk to us.


Dan Nokes: Thank you for having me.


SB: Can you tell us a little about yourself, and your work?


DN: I am an indie comic creator/artist and writer from Maryland.


SB: What are some of the projects you have worked on?


DN: Self-published works include The Reptile and Mr. Amazing (2002), The Paranormals a 12 issue maxi-series (2003), The Pistoleers a western comic (2008) and most recently Adam and Eve Bizarre Love Triangle In the Zombie Apocalypse (now available in omnibus trade paperback.) 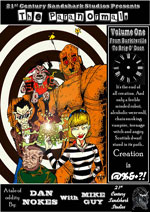 SB: Any other projects you’ve been working on?


DN: Yes, two web comics. Both of which can be found on my website: www.21sandshark.com


SB: How long have you been at this as an independent, and are you able to make a living?


DN: I started in my teen and early 20’s by sending out work to the big companies and never got a response. I decided this is what I want to do, and that my work was worth seeing, so I started doing it on my own. I’ve done this part time for 11 years and the last two years it has become my full time job. So far I have been able to support myself, and I hope that continues!


SB: As do we, many of those well-known names in comics were once, independent artists as well. You mentioned your web comic projects, please tell us more. 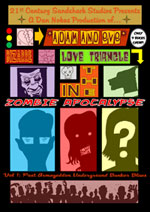 DN: The first is a comic entitled Impossible Space Tales of the Last Pit Stop, the idea here is what if Area 51 was a convenience store for aliens. Sort of a Men in Black meets Clerks. The second is The Reptile and Mr. Amazing; The Return of Kat Carson, the basic premise for this story, if you think of guys like Captain America who got their powers from a Super Soldier Serum or Nick Fury and the Infinity Formula, these are drugs that were tested on human beings. In this story our drug was first tested, back in the 1940’s, on your common house cat, who then gains sentience and super strength. The Kat Carson story, a joint project was penned by myself and drawn by my brother Will.


SB: And both of these are available on your website?


SB: Dan again, thanks for taking the time to share your work with us.


DN: It’s been my pleasure.


While people like Jerry Bails may have been the spark behind organized fandom, it is in fact you and I, and the many comic readers who came before us that love, appreciate and keep the art form alive. As an outlet, comic-cons are by their nature for the fans, and in turn they give artists a place to gain an audience and exposure.  So with that, I hope you can make your way to an event, and join in the fun near you. Next time on the Bubble, we will sit down with PLB Comics for an inside look at the start to finish process, and support of an independent comic. Until then kids, keep ‘em bagged and boarded!