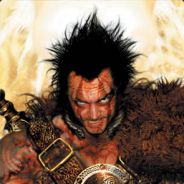 Welcome back to the Bubble! This week we return overseas for a look at another great European comic, this edition is dedicated to one of Britain’s “old school” anthologies; 2000 A.D. and one of the great characters therein Slaine Mac Roth!!!
Each issue of this I.P.C. published comic was “edited” by the fictional Tharg the Mighty, Tharg declined to refer to them as issues; instead he called them programmes or “progs” for short. Now  some of you may already be familiar with 2000 A.D. from one of its more popular characters, the ultra-violent future copper Judge Dredd (first appearance prog #2), but for those of you unfamiliar to this fantastic title, let us clue you in. 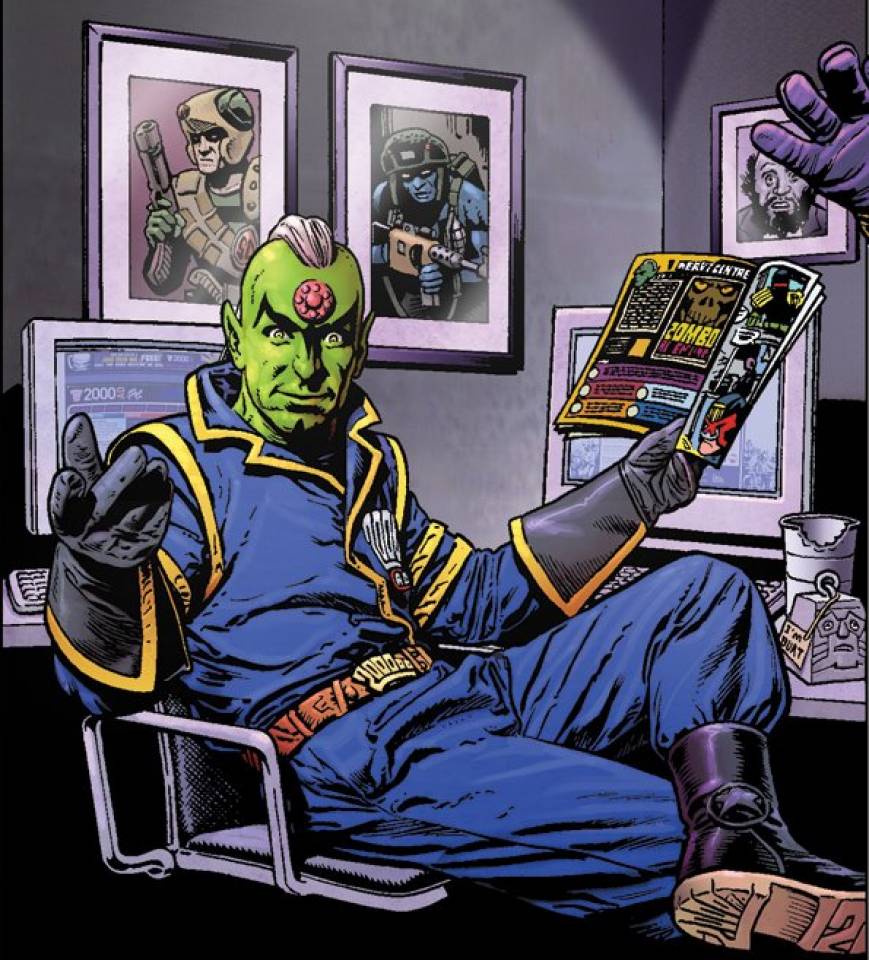 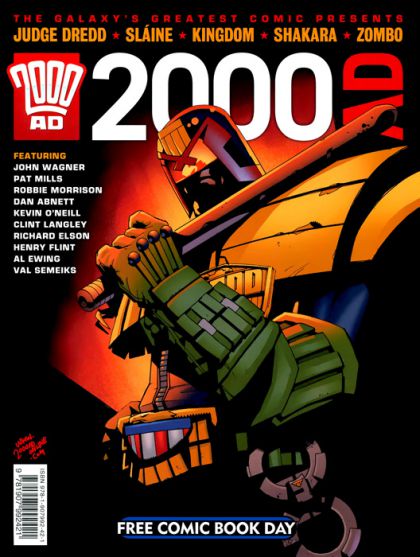 Started in 1977 2000 A.D. is a weekly anthology comic publication. Following in the footsteps of other long running and popular U.K. anthologies like The Beano and The Dandy Comic. Since its inception 2000 A.D., has dedicated its pages to (mostly) futuristic, fantastic or science fiction related characters. The aforementioned Judge Dredd as well as M.A.C.H.-1, Starlord and a reimagined Dan Dare were some of the early draws for the magazine. 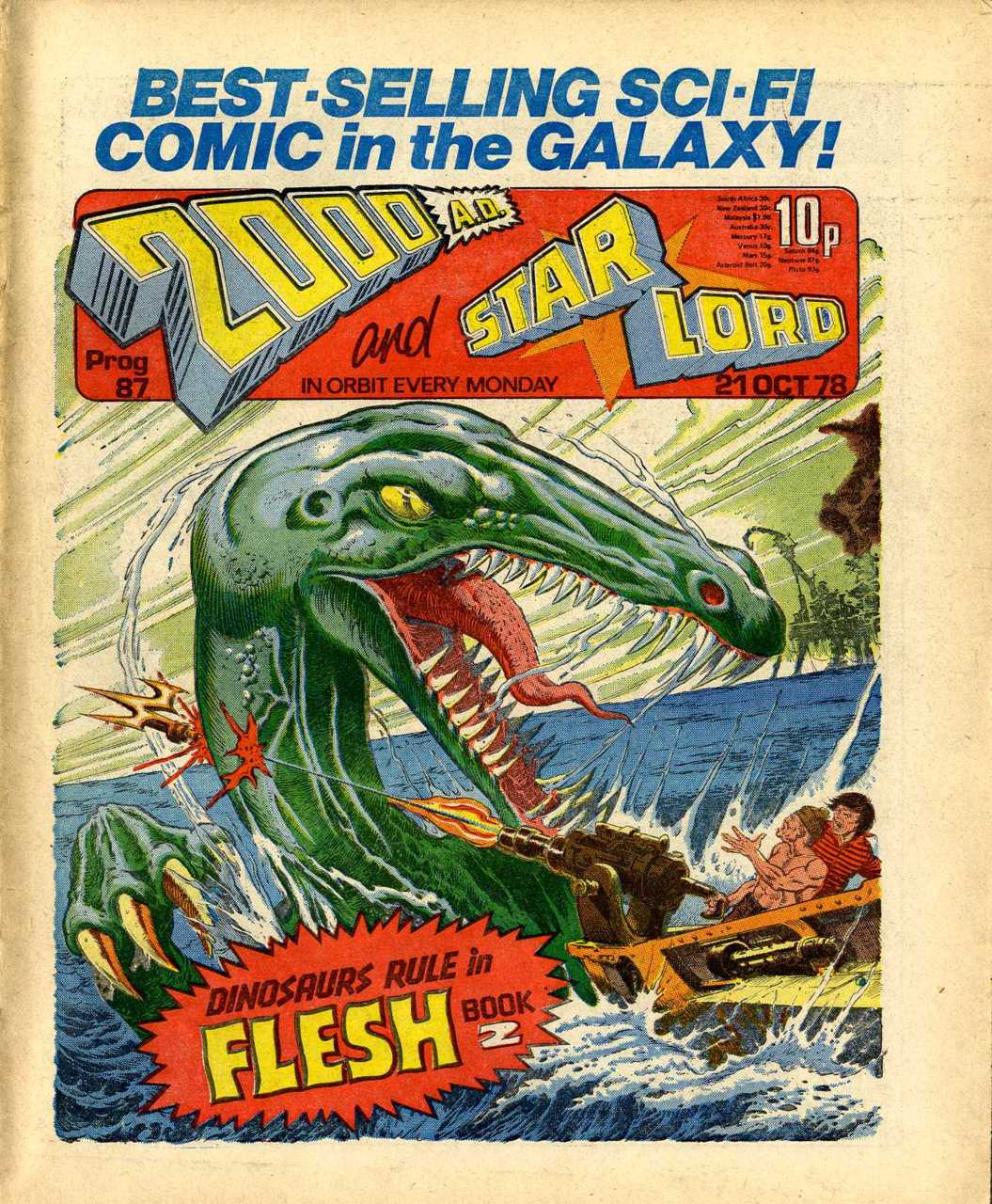 The comic holdings of I.P.C. have been sold several times during its existence and currently run under the Rebellion imprint. The list of characters and series appearing in 2000 A.D. is too large to enumerate here, but we will discuss one character in particular, who was not in line with the usual output of the magazine; Slaine Mac Roth, barbarian, king and God (first appearance prog #330 August 1983.) 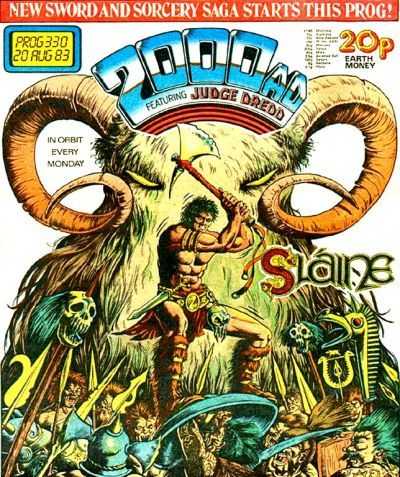 Slaine is an epic adventure tale based in part on the Ulster Cycle and its hero Cuchulainn, the Robert E. Howard’s Conan the Barbarian stories, as well as other Euro-centric mythologies (it should be duly noted that the name Conan is Irish and features prominently in many Irish myths.) The character name is drawn from the well of Irish mythos as well, based on the legendary first High King of Ireland, Slaine mac Dela, and in due course the character would in fact take up that mantle. 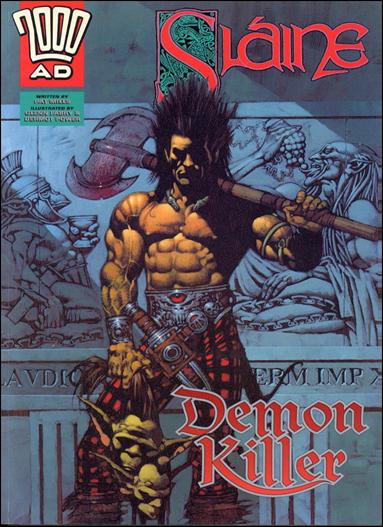 What makes Slaine’s tales so enjoyable for this reader is the integration of savage fantasy and myth, yet still keeping true to its own unique characterizations. While primarily set in Tir na nOg (the Irish for land of youth- or in the story “The Land of the Young”) our adventurer is able through his adoration of the earth goddess Danu, to travel through time to work her will in other ages. It is through his work for Danu that the story leads us to the precursor to the modern Irish, and future High King of Ireland, Gael (the father of the Gaelic race) as well as many other notable figures of myth and history (Queen Medb, Boudica, Crom, Druidic priests and William Wallace to name but a few.) 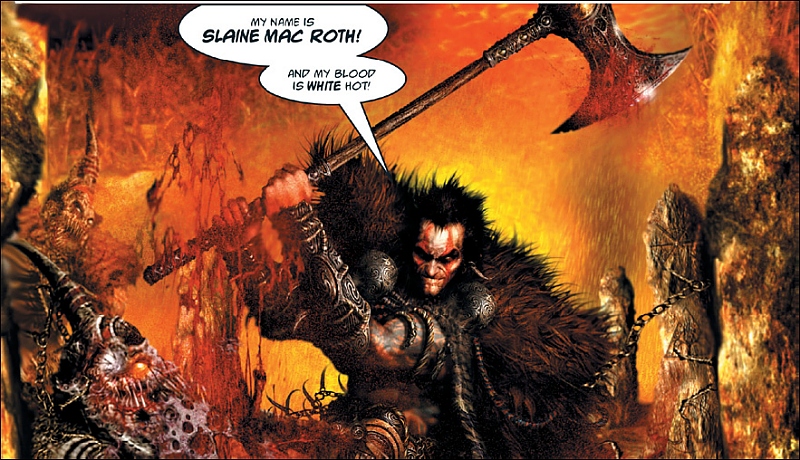 For any comic reader who enjoys an occasional smattering of history as well as blood thirsty action, mayhem and chaos, the Slaine stories should provide a highly entertaining read. If not the plethora of other characters and storylines offered in 2000 A.D. will surely find something to tickle your comic book funny bone. That’s all for now boys and girls, until next time, keep ‘em bagged and boarded!!
Posted by Unknown at 4:44 PM