Bubble Fans and noobs I have a treat in store for you!! As well as our regular weekly blog running later today, mid-week I will be posting an interview with a very talented artist, Mr. Lex Gochnour. Lex will be appearing at the Eastern Shore Fan Con (on campus of UMES, Princess Anne, Md.) March 9, 2013. Check out this sample of his work!! 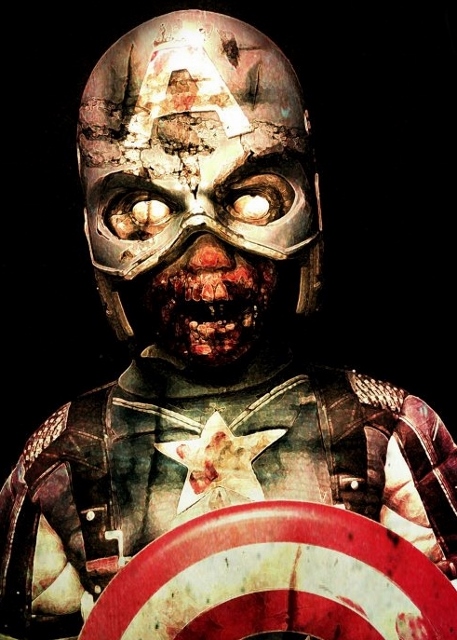 Lex is the visual force behind Dark City Creations and a veteran combat photographer. The 27 year old Maryland native witnessed some of the darkest events of wartime, while stationed in Iraq. Lex’s twisted style and strange creations are influenced by writer Rod Serling (of Twilight Zone fame.) With a love of comics he uses photography and digital elements to bring comic book characters to (gruesome and completely kick-ass) life!


In addition to our interview with Artist Lex Gochnour, watch for our upcoming feature debuting shortly before FCBD (Free Comic Book Day-May 4, 2013) all about PLB Comics.  Founded in 1987 PLB Comics is an independent group of artists and writers located on Maryland’s Eastern Shore. In the interim, you can check them out at Eastern Shore Fan Con as well!!
Posted by Unknown at 7:26 AM