Welcome back to “Sounds Better in a Bubble”! For today’s piece I interviewed artist extraordinaire, Mr. Lex Gochnour. Lex a former combat photographer in Iraq, uses his art to bring the faces we know and love from the comic pages to life! A Maryland native, Lex is the driving force behind his studio Dark City Creations. 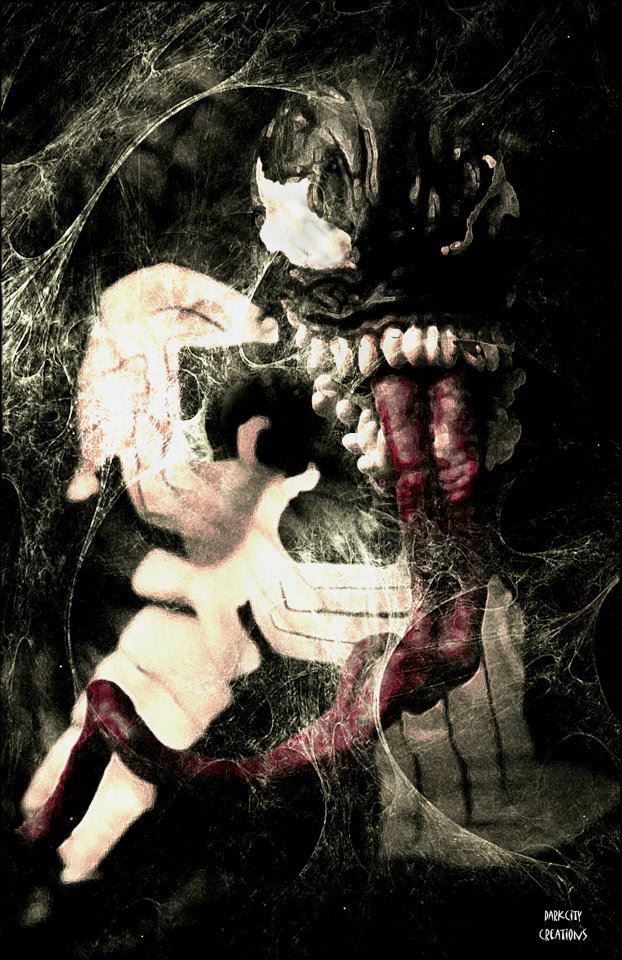 Sounds Better: First, Lex thanks for doing this interview. You were a combat photographer? What branch of the service, or were you in Iraq as a civilian?


Lex Gochnour: I was a member of the United States Air Force.


SB: As a fellow Veteran, I thank you for your service. You told me that Rod Serling is your main influence. You are aware I’m sure that Mr. Serling served in the U.S. Army in the Pacific Theater during WW2. Serling’s work and yours offer disturbing images and views of the world, both real and imagined. Many veterans find an outlet in art, is this how it is/was for you?


LG: Yes I am very aware of Rod’s early years – and yes art was a sane outlet for me, people deal with it in their own way, it gave me a way to express feelings that I didn’t want to discuss with people. I turned disaster and chaos into creativity.


SB: My first impression of your work, or my initial thought led me immediately to think of Ultimate Fantastic Four, specifically issues 21-23 and 30-32, but in a far more visceral way. For the uninitiated I’m talking about FF finding the Marvel Zombie Universe. Have you read these comics? Did they have any influence on your work? 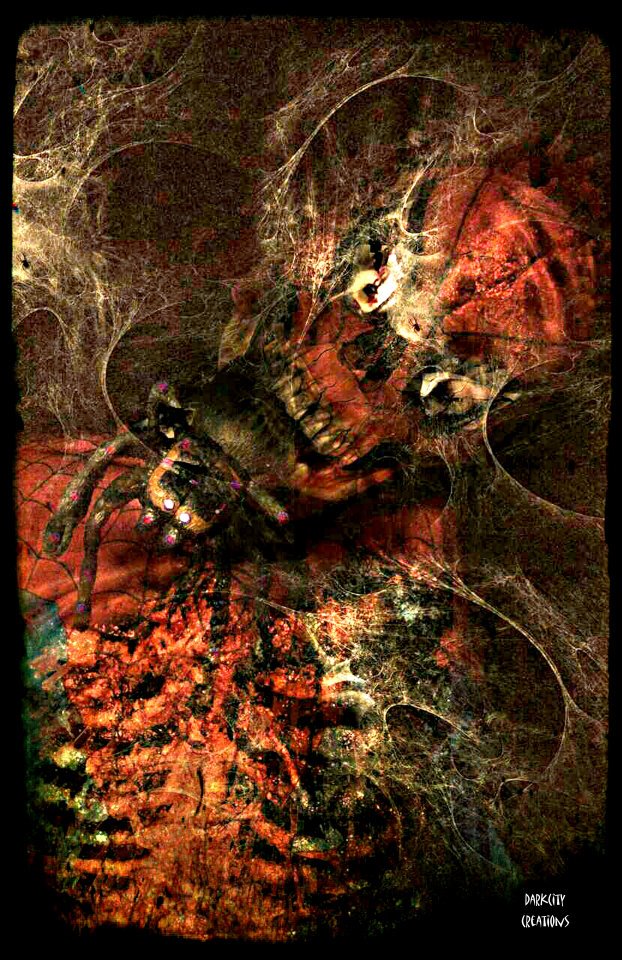 
LG: Funny you ask about the Marvel Zombies, I have read them and I dig the story line but I don’t think I read…actually read a comic until I was ten, I was always interested in the artwork and the fights.


SB: Do you prefer the initial Marvel Zombies work with Millar/Land/Ryan, or the follow ups suggested by Ralph Macchio (yup, the Karate Kid) featuring Kirkman/Phillips/Suydam?


LG: (Arthur) Suydam is the fucking man LOVE his zombie works really is an influence on me! I got to meet him at the Denver Comic Con last year and it will always be a highlight to my life.


SB: So I will take it the follow up work entranced you more. For our audience, Ralph Macchio approached Robert Kirkman (of Walking Dead fame) to write the follow up stories to the zombies appearance in Fantastic Four. Your zombie pieces are outstanding, but another capture of yours which finds Tony Stark half dressed, shit-faced…on the shitter…amazing!! As a man who grew up with the comic code in full force, I have to admit, that image caught me off guard (i.e. spewing Pepsi out of my nose), tell me about the piece, the seed that lead to it? 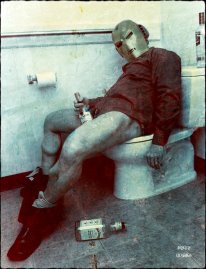 
LG: The Drunk Iron Man, probably my favorite piece and my first “Comic related” piece ever. The model is actually my father he and I attended a Philly Comic Con and I was shooting the random Cosplayers for fun. While there, I saw an overweight batman sitting on the ground speaking to a very, very skinny superman thought it was the most ass backwards thing I had ever seen it made me laugh, but it sparked an idea to shoot something funny and a little out there. Also one of my favorite comics is Ironman “Demon in a Bottle”, that comic was a huge influence on this piece.


SB: Classic storyline!! (Iron Man Vol.1 issues 120-128 March-Nov. 1979 the nine issue story arc deals with Tony Stark’s alcoholism, you should check it out if you’ve never read it folks!) Tell me, what drew you to comic related art?


LG: I have always loved comics since I was a kid, I can thank my father and my uncle for that. We would go to the comic book store weekly. The characters have so many dimensions to them. When I was a kid I wanted to meet or be a super hero or a villain, they didn’t have the Marvel movies like they do now, so I wanted to bring them to life my way, for my own enjoyment.


SB: When did your work as a photographer begun to evolve in to your art?


LG: I would say my photography evolved about a year after I separated from the military. I dabbled in horror photography for a bit, and decided to go to school to perfect my photography; I learned the ins and outs of Photoshop and several painting programs. 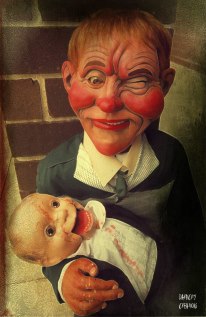 
SB: Where did you go to school?


LG: The Art Institute of Denver.


SB: So your art is primarily photographic with digital elements, do you work in any other mediums? The reason I ask, is your Silver Surfer and Bizzaro pieces, they seem to have a painted feel to them, how did you achieve the look? 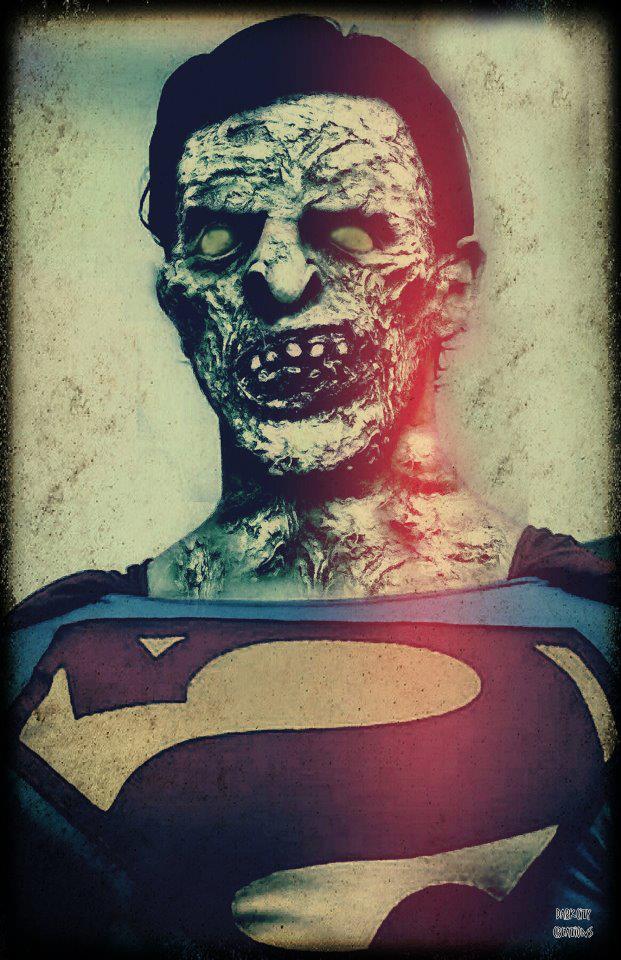 
LG: I use a ton of mediums I paint, I sketch, as well as dabble in the theater, but my heart is with a camera! The Surfer and Bizzaro are some examples of the painting programs like Correl Painter and Photoshop. No matter what all my work starts off with a photo-shoot. The models are often airbrushed for base colors and shape. Then put into Photoshop and Correl to get a makeover.


SB: Now for the really important questions.  Marvel, Indie or D.C., which do you prefer? Why?


LG: Well I grew up a Marvel guy, nothing against DC or Indie but I believe Marvel’s characters have appealed to me more, the stories, the struggles not all of us can relate to a billionaire vigilante not to bad mouth Batman because that is a sin but I’m Marvel all day every day.


SB: You poor misguided man, I totally relate to billionaire problems…well, I’d like too any wayJ.  So what’s the first comic you read, one that really stood out, and you still read today?


LG: When I was young growing up in the late 80’s and early 90’s I was reading(looking at the pictures) anything I could get my hands on, all the usual titles Avengers, X-Men, Spiderman, Hulk, Punisher. As far as what I read today I’m still the same way I’ll read anything my favorite lately is the Walking Dead great story and to me the best Zombie spin I’ve read.


SB: I think you’d find many agree with you there, Kirkman’s take on a world infested with zombies is hard to beat. Who is your all-time favorite comic character(s)? And as a hint it’s totally o.k. if you say SUPERMAN or THOR, because really…they are the only right answers!! Just kidding, so what is your favorite?


LG: My favorite characters….well I have two favorites both very different from each other, The Silver Surfer and the Incredible Hulk. Surfers back story is really moving to me and always has been. And the Hulk…Come on he’s the fucking HULK who doesn’t get so angry sometimes they wanna rip out of their purple pants and wreck a city. 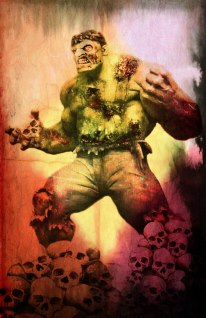 
SB: Hulk's purple pants...shouldn't the modern Hulk be wearing skinny Jeans? I mean really Banner wants to be all "helpful" now? He may be “Indestructible”, but a helpful Hulk? I'd rather tear a city apart with an URU Hammer!!! And as a bonus, they have a serious amount of booze in Asgard, when you get done.


LG: That’s funny! Yes a helpful Hulk is odd...but I’d rather have him help!


SB: Well I guess helping humanity as Banner does have its merits, still a lot of booze and hot Asgardian chicks, I’m just sayin’. Now how can our readers get a hold of your art to hang on their walls? Because ya know, no nerd-room would be complete without one of your pieces? 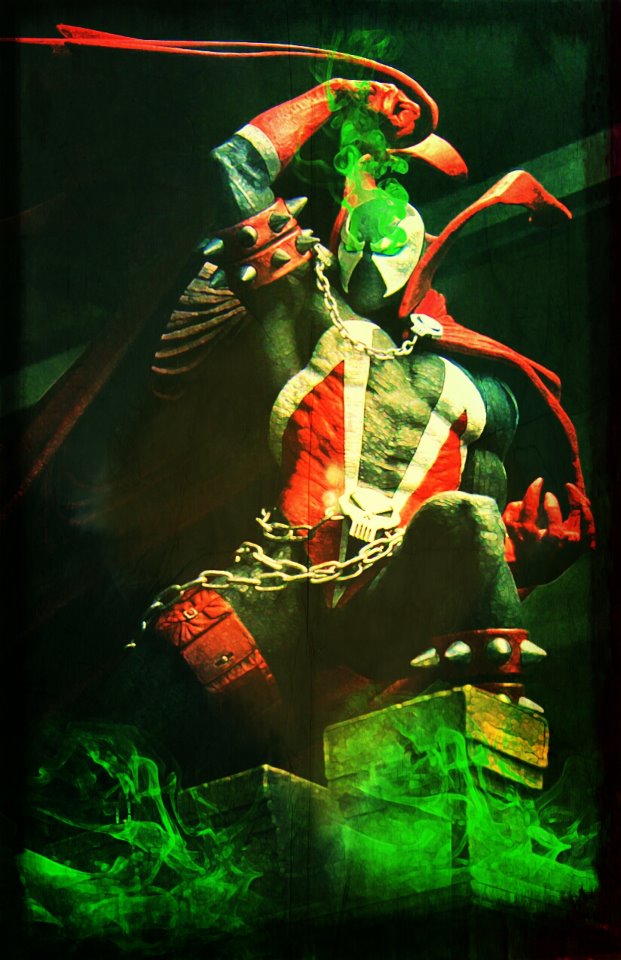 
LG: I am in the process of getting organized finally and trying to build an online store that I am happy with. For now, I ‘m available through my Facebook Fan Page Dark City Creations.[1] (See below for link to Lex’s page.)


SB: You will be appearing at the Eastern Shore Fan Con (ESFC), any other upcoming events planned?[2]


LG: As of right now I’m booked for the ESFC and awaiting word from the gods about Philly and Baltimore. FINGERS CROSSED!!!


SB: We wish you the best, and again thank you kindly for taking the time to talk to us today! Bubble fans, be sure to check out Lex’s Facebook page and support this very talented young artist!![3] If you would like to see more feature stories like this in the future in Bubble leave a comment, or drop me a line at liampotterx@gmail.com so that will be all from yours truly until next week, and remember to check out our upcoming piece right before Free Comic Book Day on PLB Comics!!!