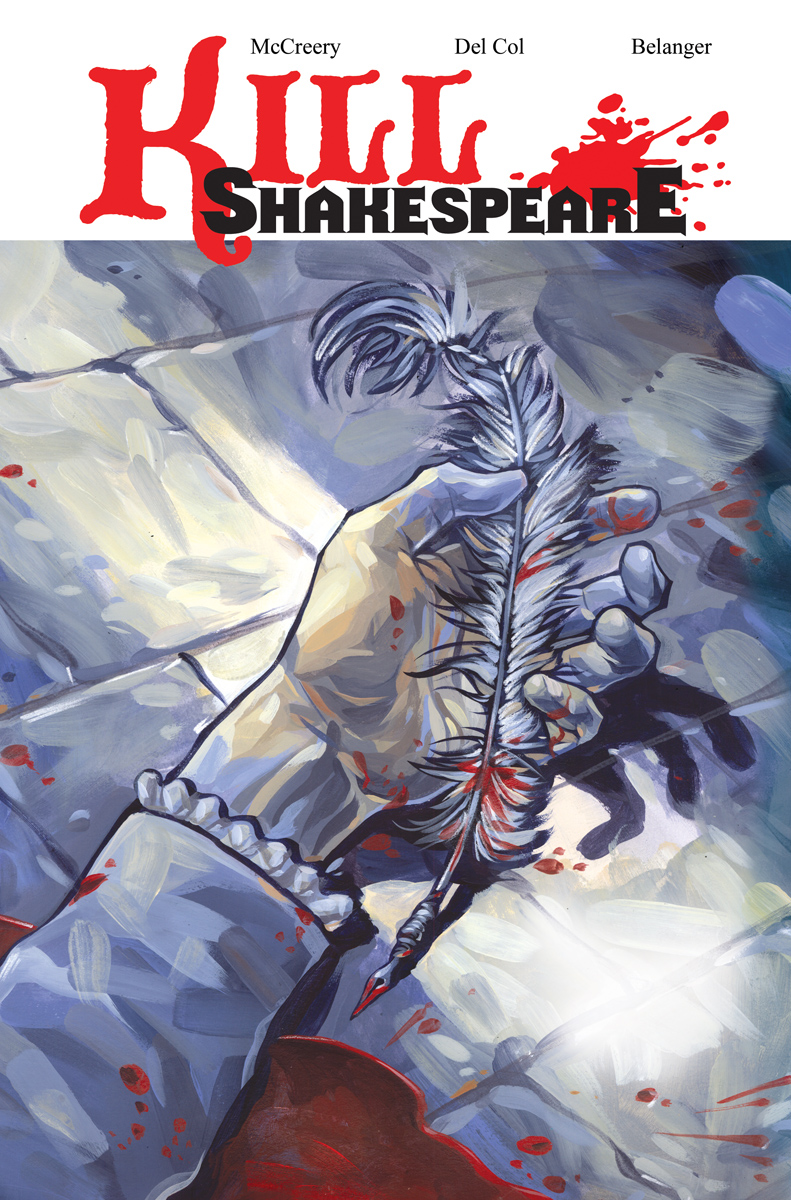 I was in a blogging mood today and thought I would share with you two comics that I fell in love with as well as an email question I received. As I was catching up the last few days on some back issue reading in both tactile and digital mediums I came across two gems I think you might like. The first is an ode to the bard, which reinvents his universe in an imaginative way; the second is a reminder to stay out of Russia in the winter.


In IDW Publishing’s Kill Shakespeare Maxi-Series (12 issues April 2010-August 2011 and available as a 2 volume trade paperback) we find Shakespeare’s theatrical universe twisted on its head. The characters in Shakespeare's plays are very much alive and their destiny is yet to be determined by Will’s magical quill. In the first issue we find Hamlet meeting Richard III after being banished from Denmark. We meet Rosencrantz and Guildenstern, as well as Iago and Falstaff, all populating a real world and not just that of a play. Knowing that their fate good or bad can be set in stone by the quill, Richard III convinces young Hamlet that only he can lead them to Shakespeare to wrest this power from him.


In keeping with the various twists and turns found in any Shakespeare work, the authors of this reimagining leads the reader along paths fraught with deceit, betrayal and murder!! Kill Shakespeare is written by Conor McCreary and Anthony Del Col, with artwork by Andy Bellanger and Kagan McLeod. A follow up 5 issue mini-series began February 2013 entitled Kill Shakespeare: Tide of Blood, look for it at your comic shop or on Comixology now. 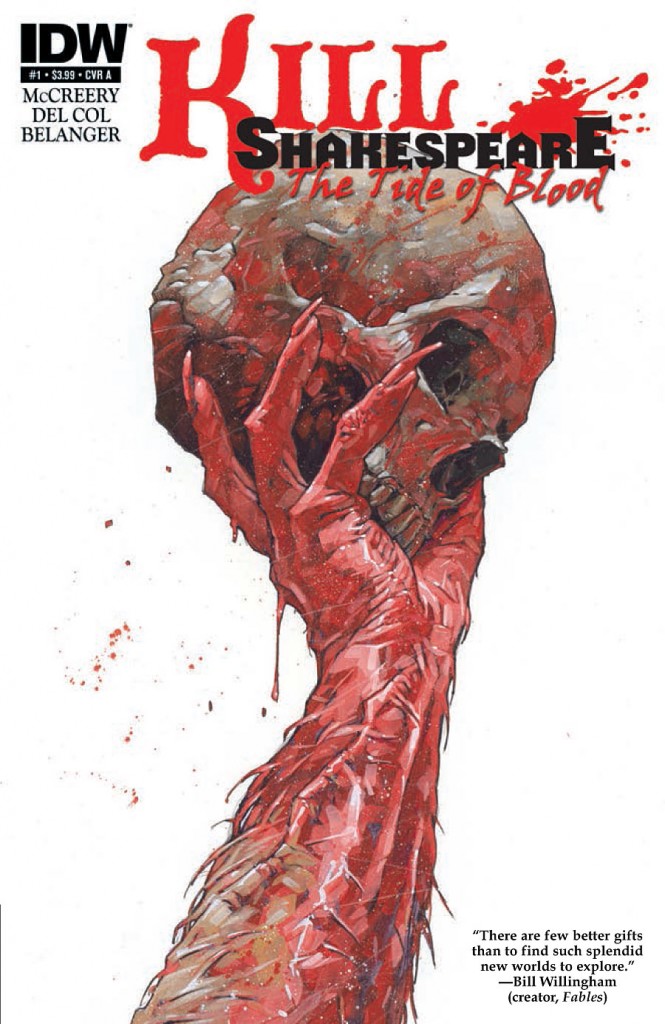 Our second comic was originally an online only offering via website and Comixology digital comic site.[1]In June of 1812, in an effort to bring Tsar Alexander I to heel, Napoleon led 500,000 men to their doom. Le Grande Armee would know suffering, death and despair in a failing effort to defeat Marshal Kutuzov in his own backyard. The 500+ mile march out of Russia is where the story of Lieutenant Valentine Renaud begins. Separated from his unit and harassed by Cossacks, it would seem the end is near for our young French soldier. Through blinding snow a figure appears giving Renaud and his compatriot a mission, and relic –a key between worlds- that he must deliver to someone in France if he is to save the world.


Valentine written by Alex de Campi and the first 10 issues illustrated by Christine Larsen is also available from Image Comics (352 pages) as a trade paperback with an additional 42 pages and new story illustrated by Cassandra James with cover art by Steven Belledin. 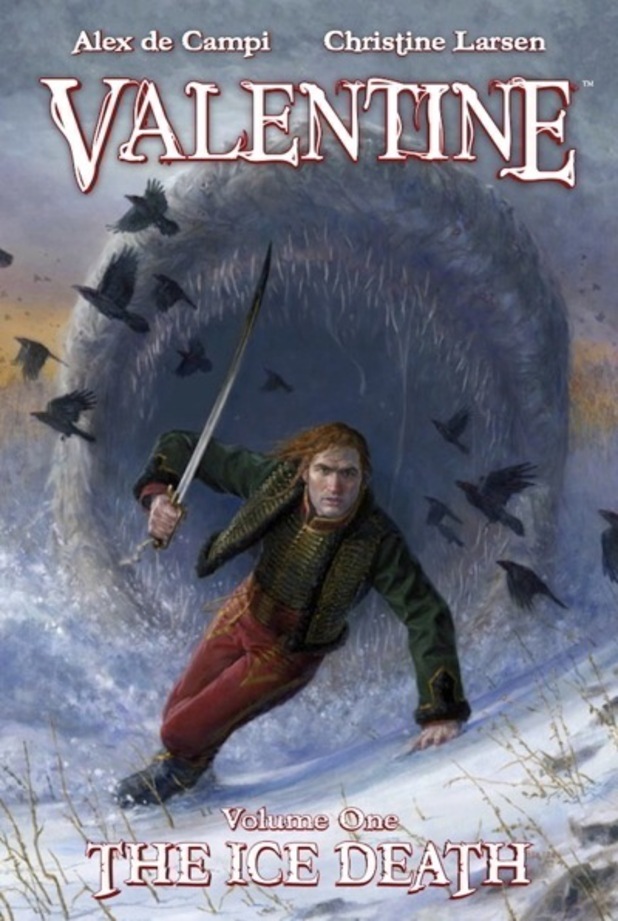 Now on to our reader question, Marten G. from Dusseldorf, Germany asks: “You have written previously about European comics, will we see any more articles about them in the future?” “I am a fan of Eppo and books continued on in Finix Comics, and would like to see more about them or other European comics.” 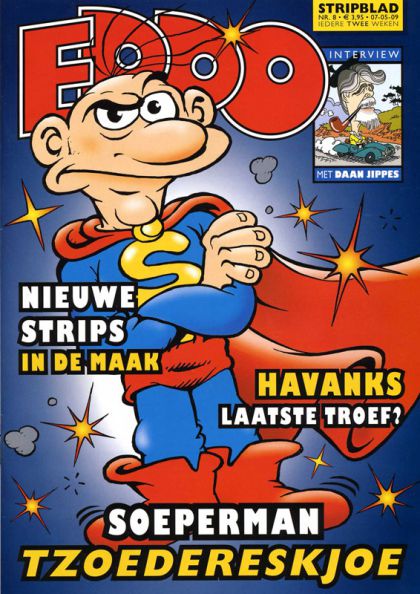 In answer to your question Marten, yes we will continue to review and explore comics from around the world; I am very familiar with Eppo (less so with Finix, though I am aware they complete otherwise canceled Deutsche sprache comic books) and their myriad comic lines like Agent 327, Commandant Greg, Guus Arend, and the modern incarnations of Sjors und Sjimmie, that have been produced by Eppo Magazine. Keep your eyes open for future articles and thank you for your question.


Last but not least I have had several requests to change the question/comment format to anonymous, which I have done. You should be able to leave a comment sans login now. So feel free to comment away and I will reply a.s.a.p. So true believers, til next time, keep reading!