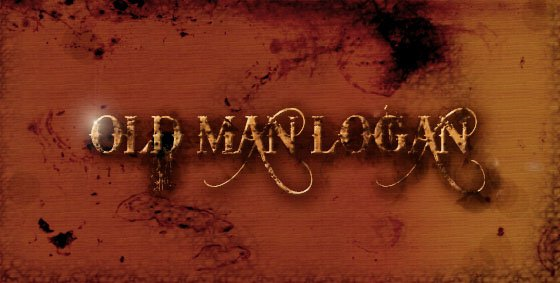 Getting old sucks, if you don’t believe me, then just ask Old Man Logan! In Marvel Comics series Wolverine: Old Man Logan (Wolverine Vol.3 issues 66-72 and Wolverine: Old Man Logan Giant-Size #1, (August 2008-September 2009) the feral berserker has sheathed his claws in favor of domestic life. Umm...why? Why would an adamantium clawed killing machine decide to hang it up to spend time with a wife and kids? Good question, let’s find out.


Before we delve into this modern key series I would like to extend my condolences to the family of Bob Clarke. Mr. Clarke was an artist for MAD magazine, working on Spy vs. Spy and many great covers. I spent many summers as a kid laughing like a loon at his work, and he will be missed.


Full disclosure moment: I will never be accused of being a Wolverine fan. To be completely honest I wouldn’t normally purchase Wolverine or any X-related title (sorry Bendis, I realize Marvel is pretty much an all X-Men, all the time kind of place now) not my gig. There are many Marvel titles I have and do love, X-men has never been one (dear fanboy…I hear you, shut up.) I have been asked on many occasions “why, why dude” and “dude X-Men is the shit”…whatever. The writing and story lines were less satisfying than other team oriented titles for me. I know, I speaketh blasphemy and profane the good name of Professor X, but to each his own. I will take a good dose of Thor, Spidey, Conan, or Daredevil any day.


With that said, you might wonder why Wolverine, why now? Simple. The story kicks ass. No, I mean it really kicks ass!!! Many of you are well aware of Logan’s comic story (Alpha Flight, Weapon X, going to Hell, Daiken, X-23, part of the team, not part of the team, loves Jean etc. etc.- What? I said I don’t buy’em, I never said I hadn’t read them), but Old Man Logan, written by Mark Millar and penciled by Steve McNiven is a comic book achievement.


Millar crafts a story set far in a possible Marvel future, most of the world’s super-heroes have been killed off in an extinction event masterminded by the Red Skull. The country has been divided as spoils of war to the villains involved in the hero genocide. Logan (one of a few survivors) is residing in the American West with a wife and two small children, determined to never again use his claws (the answer "why" to that question is a real tear jerker for X-fans...oh and yeah I laughed, because apparently I'm evil,) 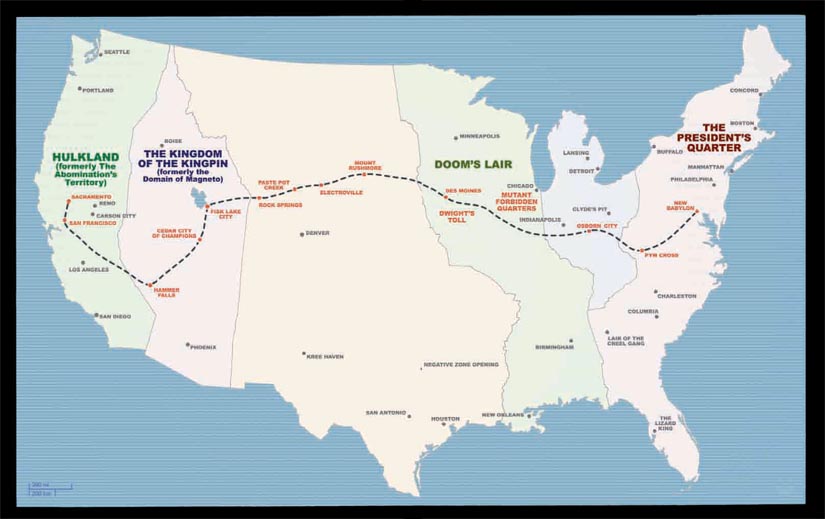 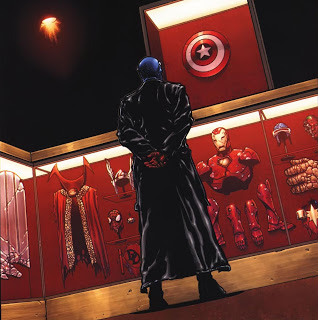 Along comes a familiar face, and another survivor; Hawkeye. The Archer, who is now blind, begs Logan to escort him and a shipment of “drugs”, east to what was formerly New York. He promises Logan enough money to keep the gangs (roving inbred Hulks) from harassing him and his family. Logan agrees (reluctantly) and forewarns Hawkeye that he will not resort to violence to help him.


The adventure they set off upon leads them past newly carved landmarks in the American landscape. “Hammer Falls” where Mjolinir falls to earth after the death of The Mighty Thor, The New Mt. Rushmore, defaced with the visage of the Red Skull, amongst other new "monuments." It is this reimagining of our country that draws the reader in, each issue giving new windows into a world remade in the face of evil. The odds are certainly stacked against our heroes, and I won't go any further into the story as it would ruin a great run for you. Trust me, X-fan or no, you want to read this. 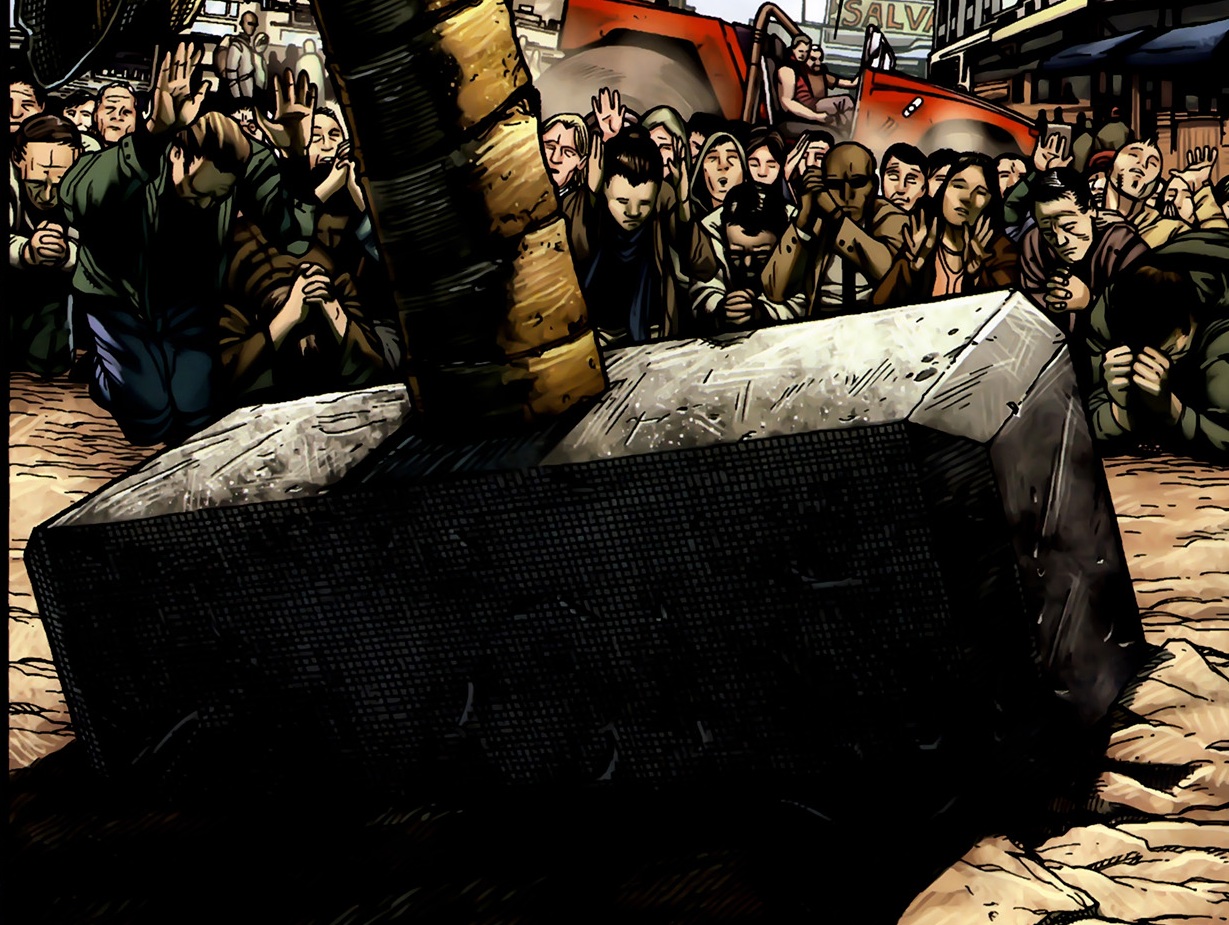 Issues of Wolverine: Old man Logan should be fairly easy to come by from your comic retailer. I invite you to check out this modern key series and wait for the “snnkktt”, you won’t be disappointed!!  Next time on “Bubble” we will examine a few Silver Age writers of note, until then boys and girls keep ‘em bagged and boarded!
Posted by Unknown at 2:44 PM